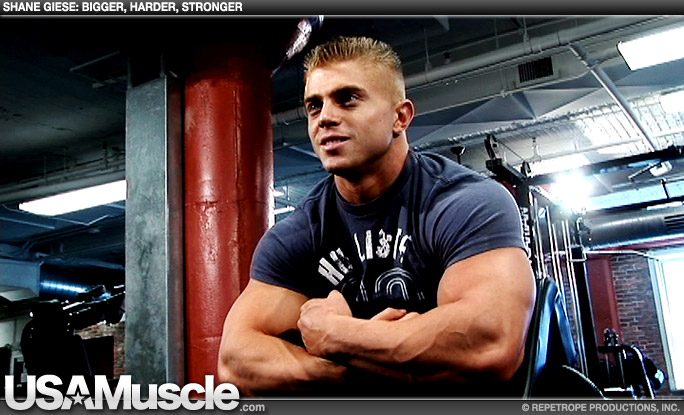 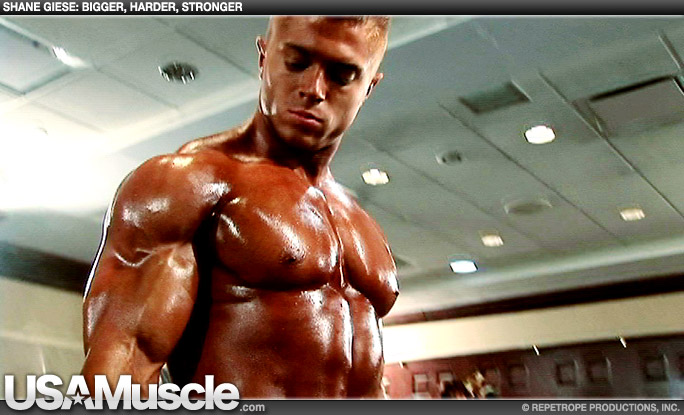 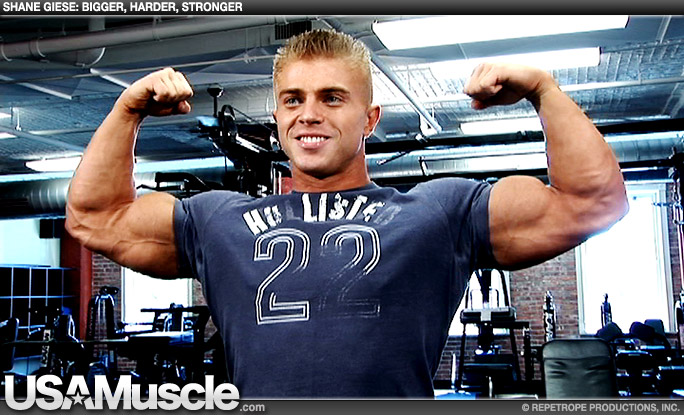 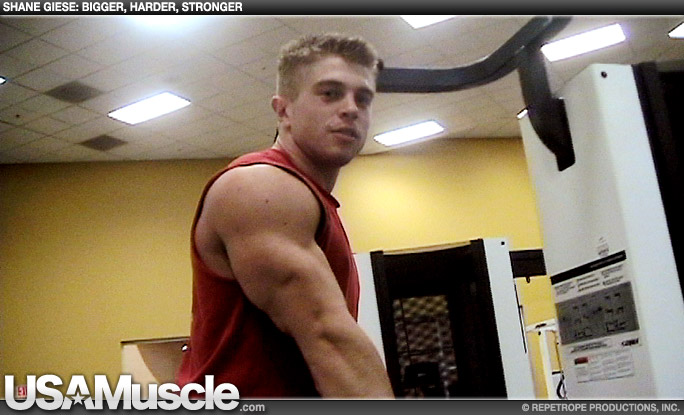 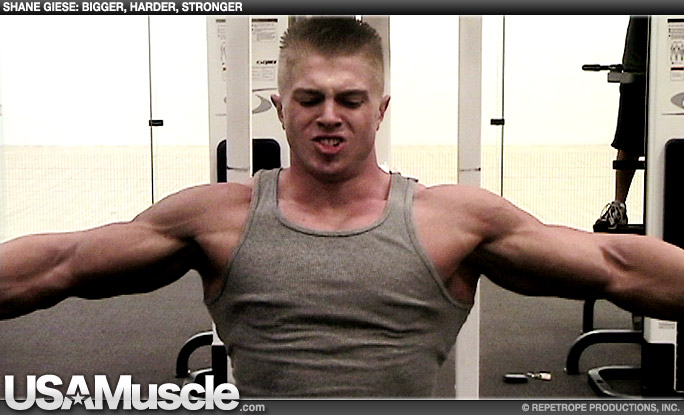 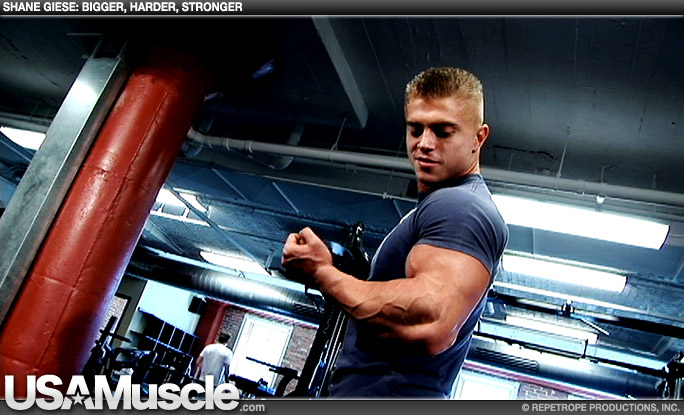 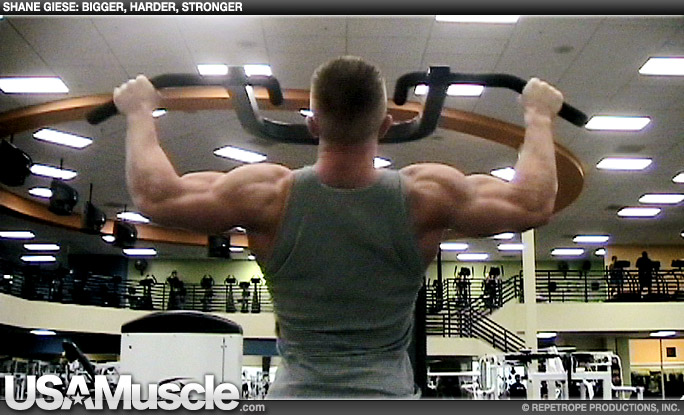 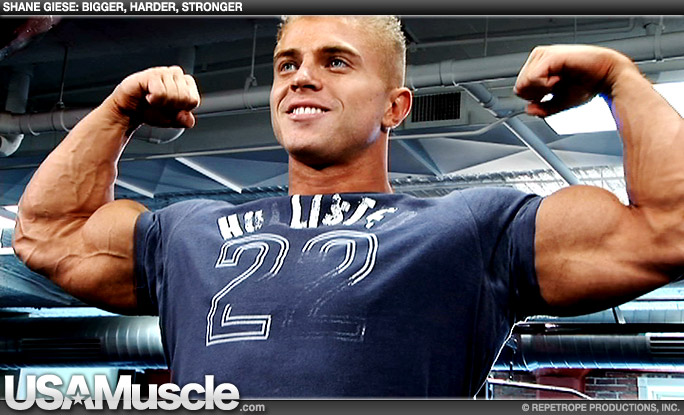 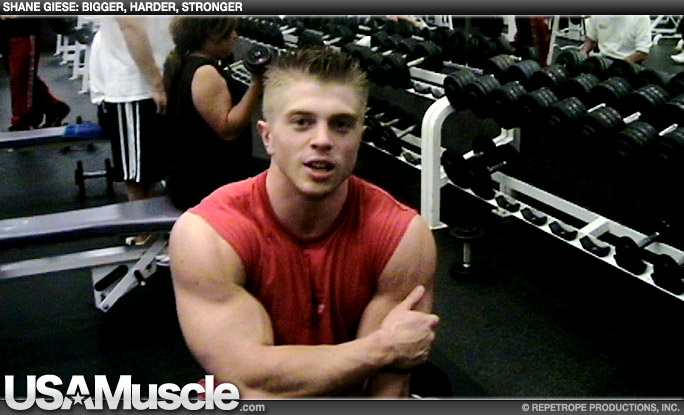 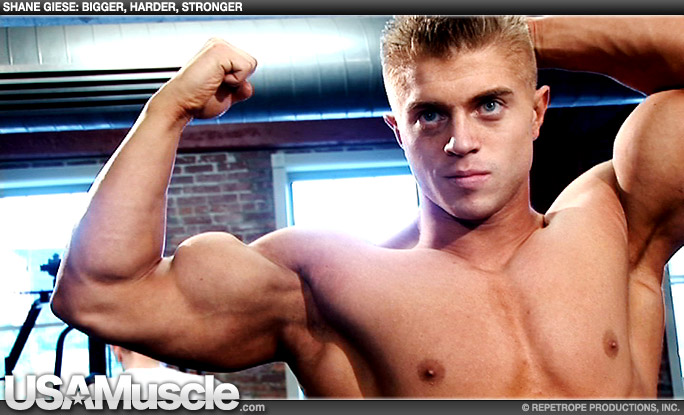 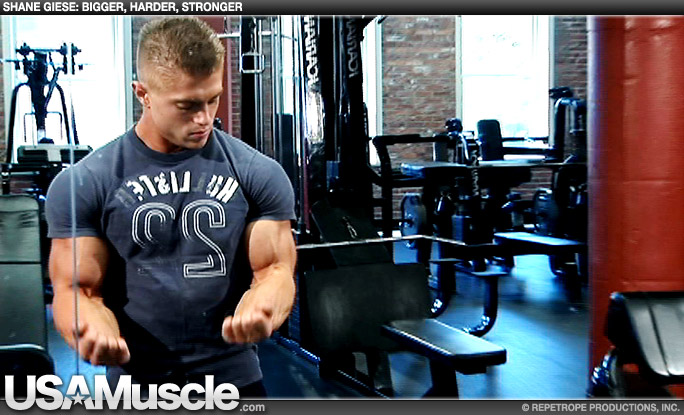 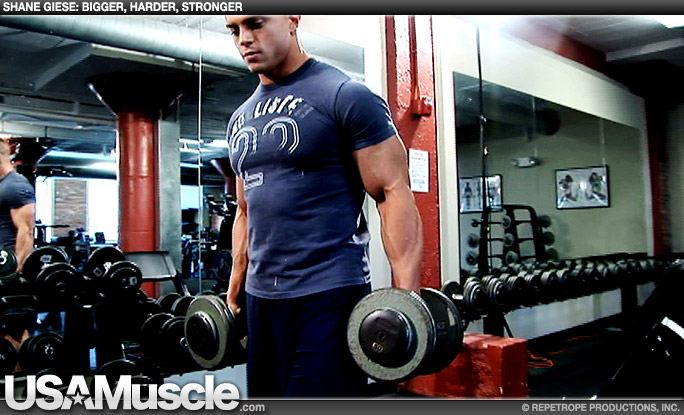 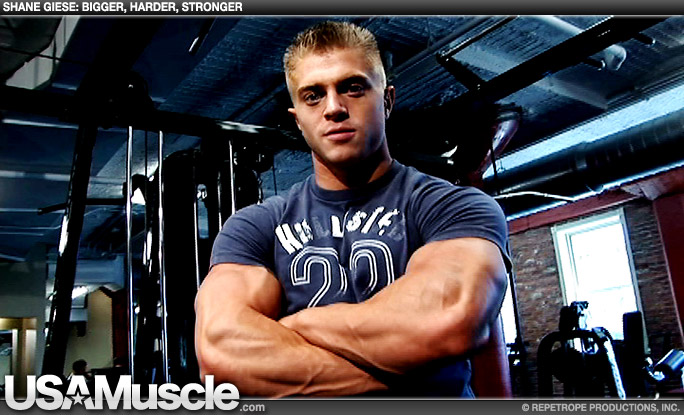 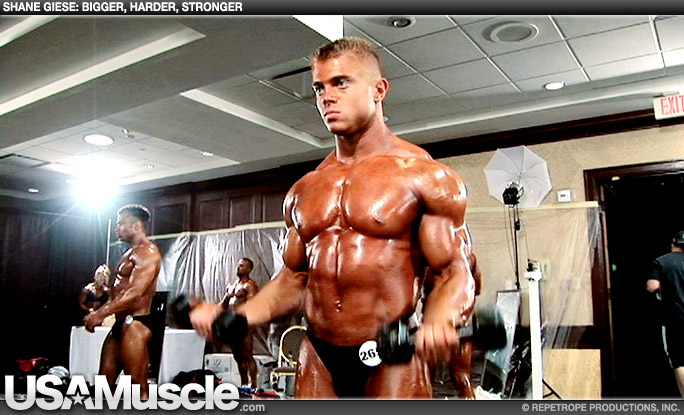 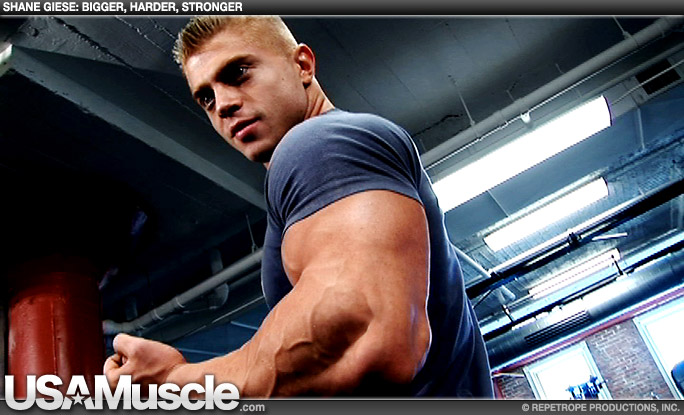 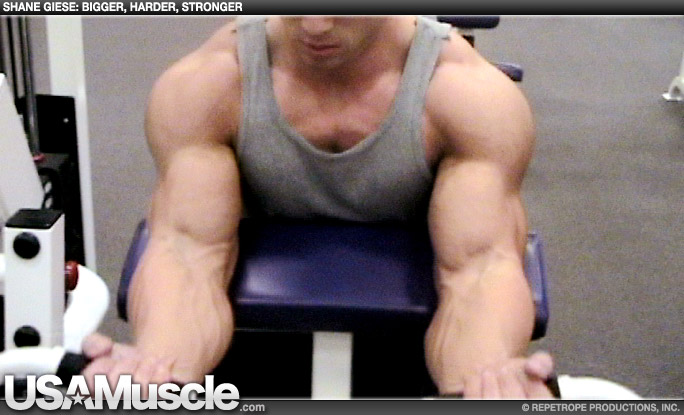 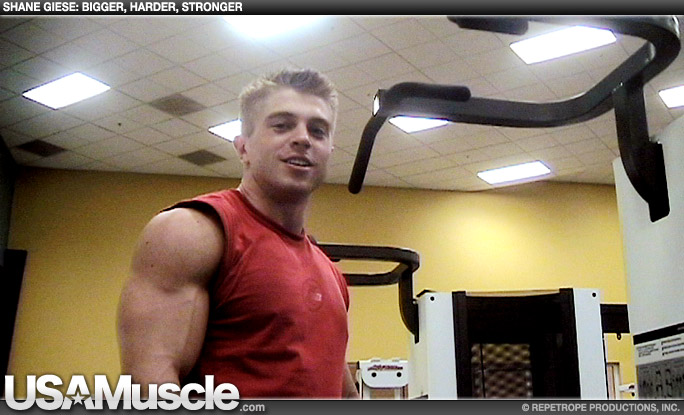 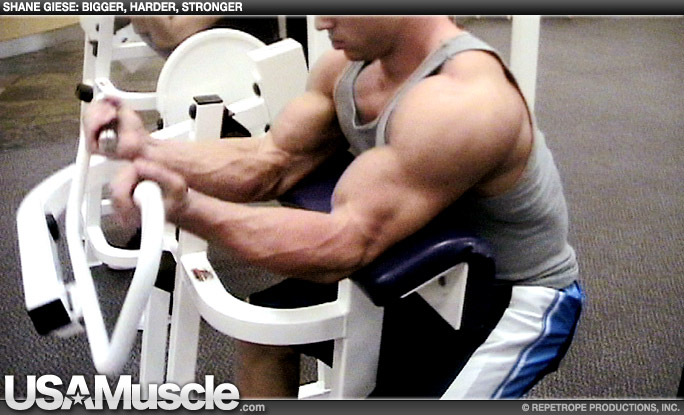 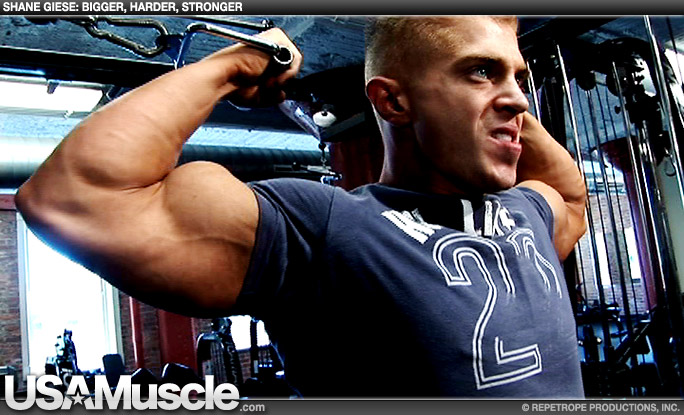 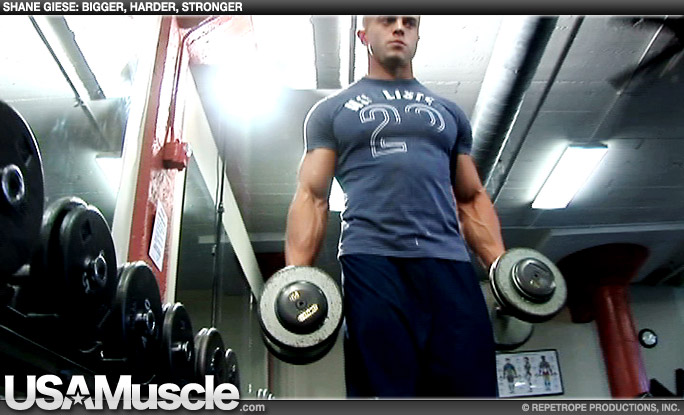 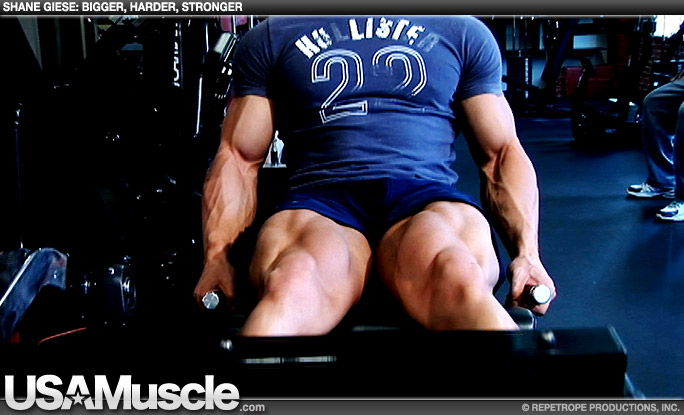 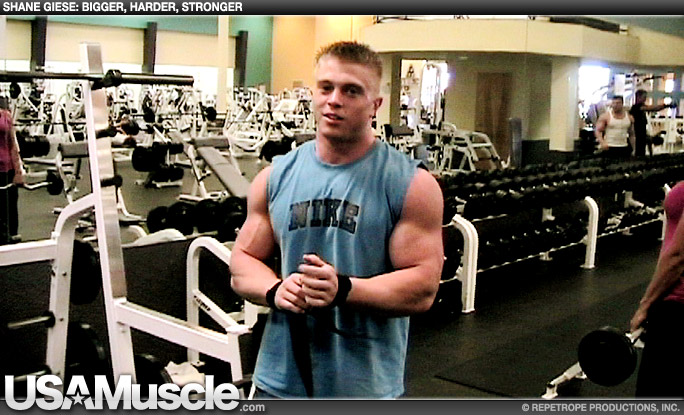 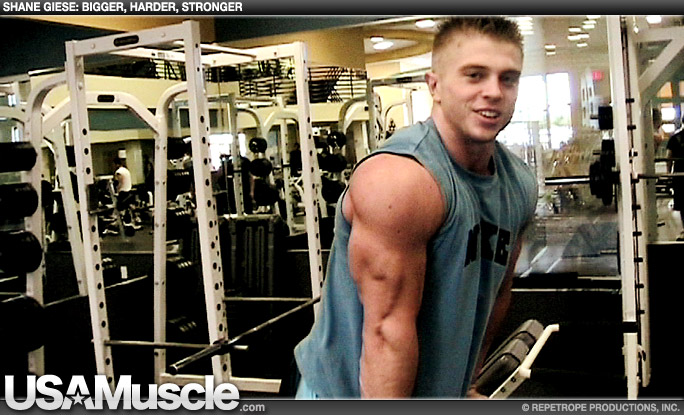 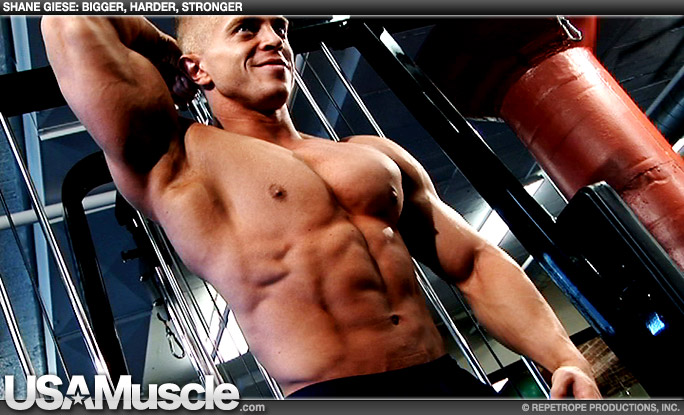 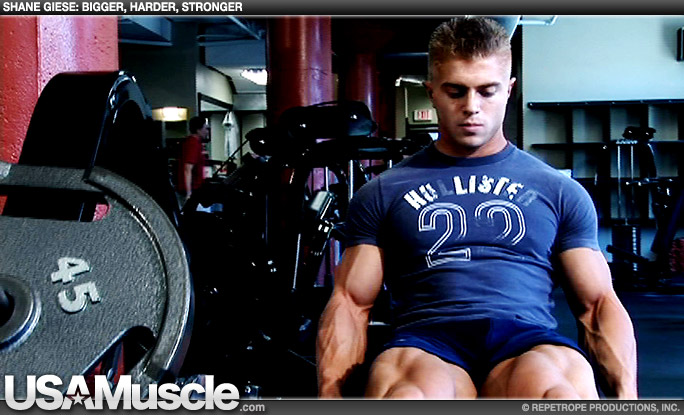 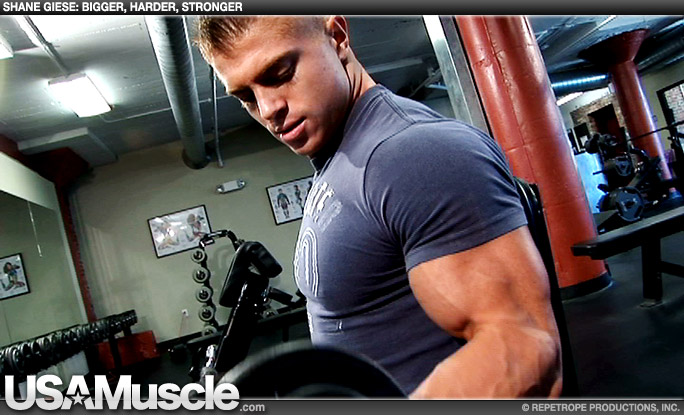 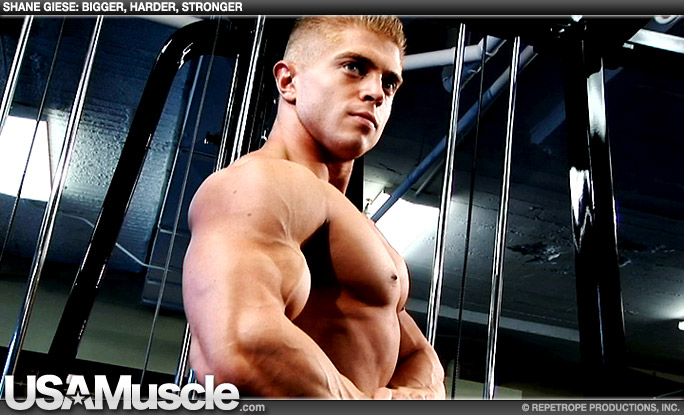 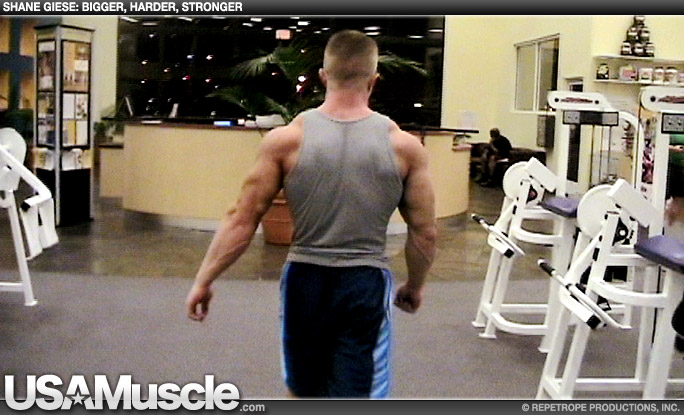 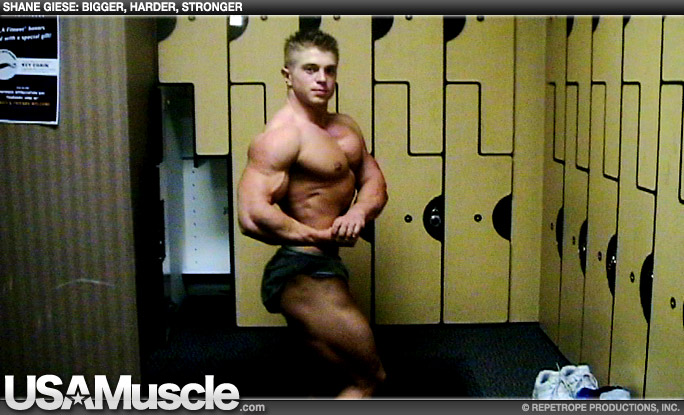 Gallery
Shane Giese returns bigger, harder and stronger to make his last attempt as a teen to win the Teen National Bodybuilding Championships. From Shane's own video journal you'll see him pound the weights in the weeks leading up to the contest, see him practice his posing and hear his contest prep regimen as his body slowly transforms into competition shape -- the biggest, hardest and strongest he's ever been! You'll also see contest footage of Shane backstage at the Teen Nationals as he pumps up and then takes the stage as well as never-before-seen footage of Shane working out and posing in the gym the day after the Teen Nationals, shot exclusively by USAMuscle. Video footage leading up to the competition was shot by Shane. Footage at the contest and at the post-contest gym shoot were professionally shot by Repetrope/USAMsucle. • 2 hours 34 minutes